Share
Please support this forecast by clicking on the photo of the forecaster and making a donation via Paypal! 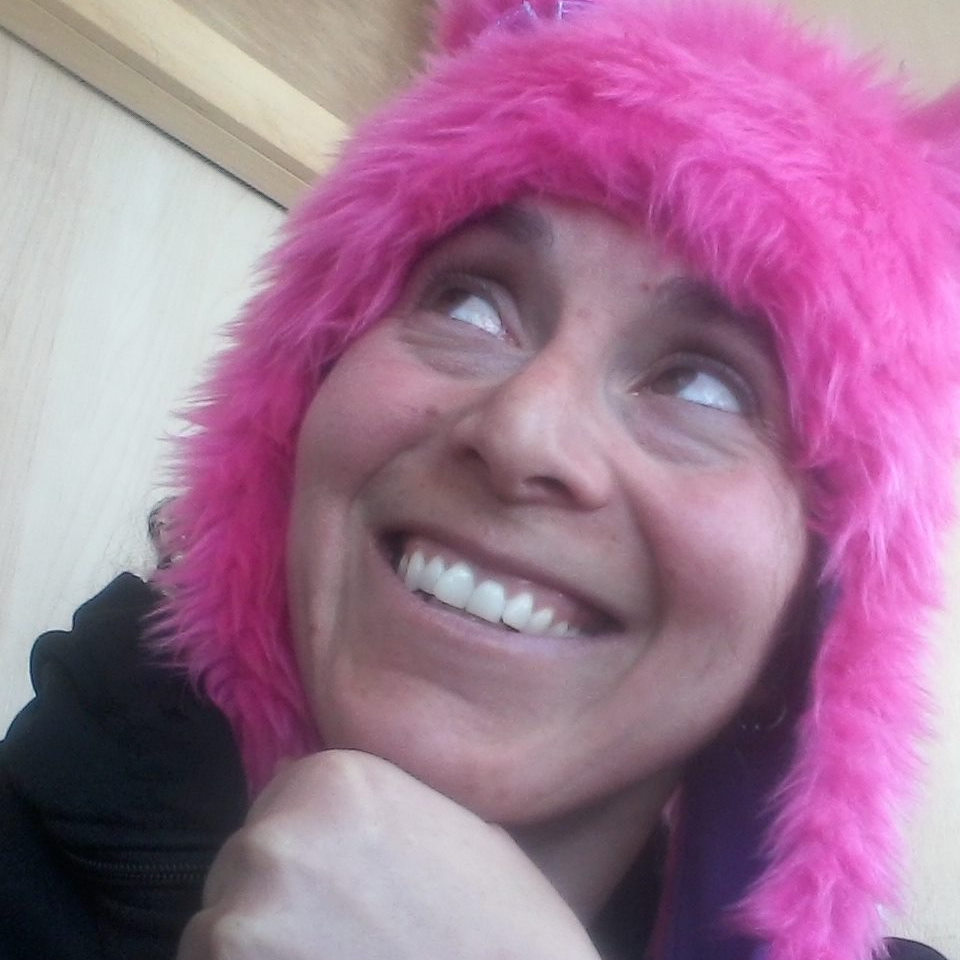 Your forecaster. Click on her to donate. Thank you!

Thank you for using this forecast. Please tell your friends about it. And if you or your friends think this service is awesome/useful/saves you gas money/makes your life more fun (that’s the important part), make a donation by clicking on my photo above. Is more fun worth $50/year? $20/year? More? Less? Donate what it’s worth to you (and thank you!), but $12 minimum gets you on the email list (with occasional giveaways) for a year. Don’t use Paypal? You can mail a check to Temira at PO Box 841 in Hood River, 97031. Thank you!

I’m drinking iced coffee this morning because it’s so warm and muggy outside. Just thought you should know.

The westerlies are in the teens and single digits this morning, despite a gradient of .09 (that should give us low twenties). Anyway, there’s a weak weather system moving in, and that’ll make the wind gusty today. As this weather system moves in, we’ll see the wind jump to gusty 25-29, strongest at Stevenson (before it starts raining there, anyway), and then briefly blowing at the Hatch and Hood River (before backing off).

The strongest wind will continue to move eastward as the weather system moves, but high pressure building in behind will keep it windy after the front’s passage. The question, of course, is where you should go, and I think you could go anywhere today and get a couple hours of good wind. I suspect you’ll be best off east of The Dalles if you want the longest-lasting wind. It’s one of those days… dynamic weather setups make it tricky.

Anyway, tomorrow looks less tricky. High pressure off the coast combines with low pressure in the desert for westerlies at 17-20 early, rising to 24-28 after 11am, steadiest and strongest east of the low clouds, which will mean you’ll either be happiest near Hood River or near Lyle, and possibly as far east as Maryhill late in the day.

Sunday starts off light as low pressure moves toward the coast. As that system moves inland, the wind will pick up into the gusty low twenties in the afternoon. Monday also looks windy in some way, shape or form.

It’s cloudy this morning. You can see that by looking out your window. There’s a weak weather system moving in – lots of rain off the coast as I was writing this forecast, but not a big chance for rain inland today. Even so, we may see some sprinkles after noon. I hope we do, because if there are sprinkles, there is a chance of rainbows.

After I finished all my work and chores yesterday, I sacrificed myself for you guys. I rode my bike up Lake Branch Road to confirm whether it was open. It’s open. There’s not a spot of snow. You can ride Lost Lake Loop right now. Next I will sacrifice myself to see if Vista Ridge is open. See, I’m a very giving forecaster, aren’t I? According to Dirty Fingers, Falls Creek is open and clear of trees. I have not checked it, so ride at your own risk.

Guess what? I forgot to call Wet Planet again yesterday. But I did call Hood River Garbage and get them to come pick up the huge pile of cardboard at our condos. So that’s something. Anyway, let’s say the White Salmon is still at 4.1′. The Hood is at 4.7′, the Klickitat’s at 2330cfs, and the Columbia is at 349kcfs at John Day and 378kcfs at The Dalles. The Columbia is 56 degrees.

Events – email me if I’ve missed any outdoor-related events

Coming up tomorrow morning, there’s the Hood River Running Club’s 8am trail run, meeting at the bottom of Post Canyon Road. There’s a Zombie run 5k at Sorosis Park in The Dalles at 9am.

Going on all day, all weekend, it’s Riverfest on the Deschutes. Besides the free mini rafting trips, there’s a 5k and 10k race on Saturday and a ½ Marathon on Sunday. On Sunday morning, SOLV has a river cleanup, and they’re providing BBQ lunch for volunteers. Finally, our friends over at Skibowl are opening the Adventure Park for the season on Saturday. I love our friends at Skibowl!

Saturday. 5/24. Gorge wind. Plenty of events. And weak weather systems. Can we get some rain, please?